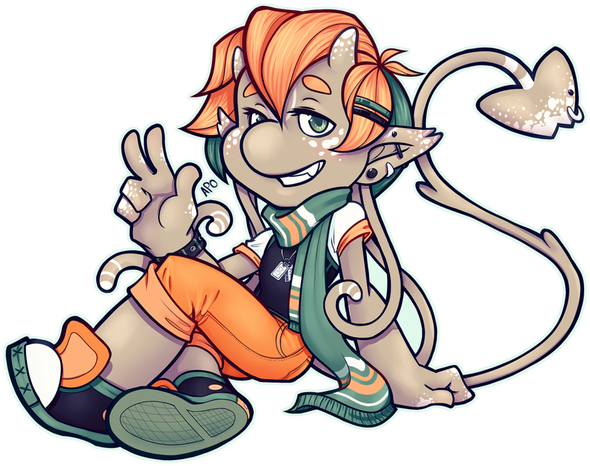 Nickname: RoRo
Gender : Male
Age :  18
Birthday : July 15th
Species : Naii - Domesticated
Eye Color : Teal
Hair Color : Orange with teal streaks
Hairstyle : Shaggy and short
Skin Tone : Gray
Height : 4 feet
Distinguishing Features :  Rolan has many white markings on his body that glow in the dark. He wears a special passport dog tag to visit the name tag. He is the first Naii ever to receive a passport so his ID number is #00001. He has several piercings on his ears as well as his tail. He is almost never in his animal form.

Background : Rolan is one of the first Naii to be domesticated and integrated with humans from earth. He never quite fit in with the village Nai. As a male Naii, he was raised to be a gatherer for the village. Unfortunately Rolan was often distracted and instead of gathering, he'd pick a couple apples and explore the forest. Rolan always wondered what live was like beyond the stars in the sky. He jumped at the opportunity to explore new places. He's very outgoing and down to earth and extremely adventurous.

Outfit : Rolan tries to be hip and wear clothing that normal humans would deem acceptable. He wheres two clips in his hair to keep it out of his eyes. He also wears a vest over a t shirt, with a cute little scarf, some cargo pants and some sneakers.

I freely give artist freedom for his outfit. Please include his accessories and color scheme 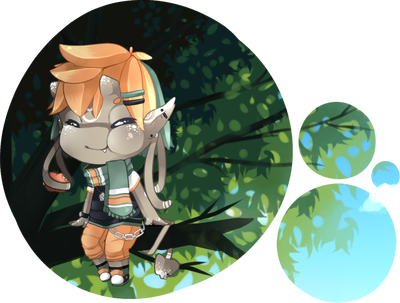 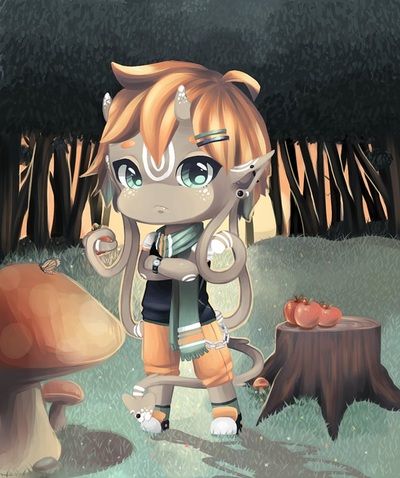 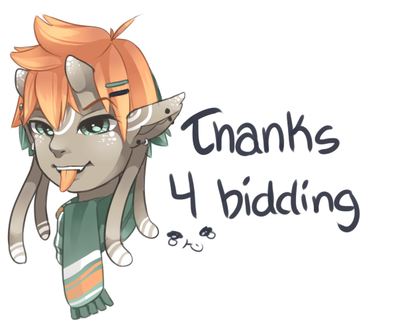 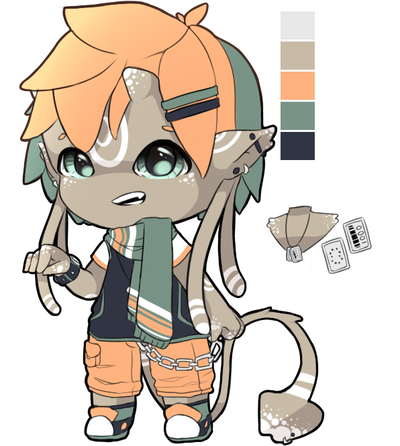