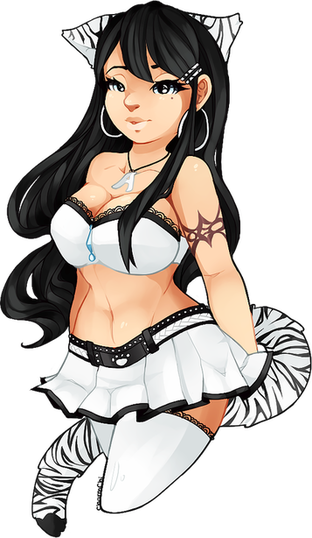 Nickname: Angel
Gender : Female
Age : 895 ( looks 21 )
Birthday : October 26th
Species : Tygres
Eye Color : Blueish Gray, very very light almost white.
Hair Color : Black
Hairstyle : Long thick wavy hair .
Skin Tone : Tanned
Height : 69 in
Cup Size : 34D
Shoe Size : 8
Distinguishing Features : She has a tiny beauty mark on the bottom of her right eye. She also has a small tiger tattoo on her forearm. Angelique can transform herself into a white Bengal tiger. She has three forms : her human form, her pre-transformation,and her transformed form. The human form looks as if she was a normal everyday human. During
her pre-transformation she develops the ears and tail of a white Bengal tiger. The jems on her jewelry
as well as her eyes glow a light blue.

Enemy: Monique
Background : Angel lives on a very different planet light-years away from earth. On this planet, it may seem as if humans have inhabited but they are all special shape shifters of different species. Angel happens to be a tygres, and one of the most powerful and distinct tygres of her kind. There race is superior to that of a human in intelligence. Tygres are able to reproduce with humans, only the female offspring inherit the tygres gene however. Angel has a twin sister Monique who also has a  prominent role in their community, they were meant to both lead their people with peace and harmony, however Monique no longer takes Angelique's side on things and continuously rebels against her. Angelique loves her sister greatly, but has to keep the safety of her people and other in mind. She has a wide skill set that enables herself to be a very well rounded soldier, able to use any weapon with efficiency in battle. Her skills are identical to those of her sisters. However, Angel is extremely well gifted in the art of swordplay. Her favorite weapons are dual scimitars. All weapons used by the Tygres are created from pure energy within. When she wields her swords they glow a bright blue along with her eyes and tattoo. Angel is very pure hearted, she is usually helping the children of the village adapt and teaching them their ways. She is extremely strong and bright. On her free time she is usually training with her team.

Outfit : Angel has a wide variety of outfits. Her accessories are extremely important. She was given a special necklace with the letter A from her mother when she was born, she almost never takes it off. She also wears two tiger clips to keep her bangs from getting in her face while shes training. Angel loves jewelry and is often seen with an abundance of jewels. Her outfits consist of corsets and skirts with combat boots or heels. She attempts to wear long knee high socks but often gets them ripped while training. She often has a hidden knife on her at all times.

I freely give artist freedom for her outfit. Please include her accessories however. Angel is very open about her sexuality so
feel free to design her a fun frisky outfit. 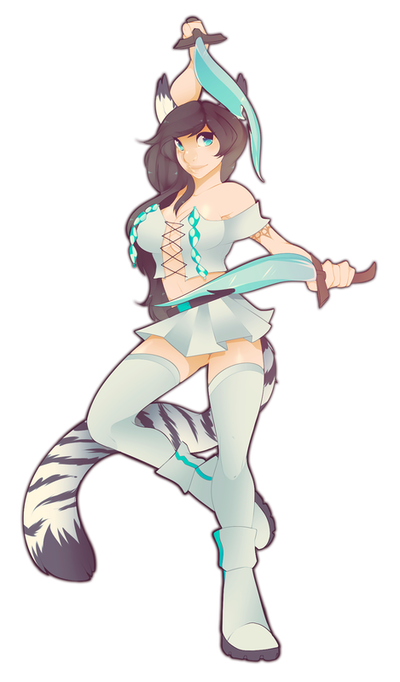 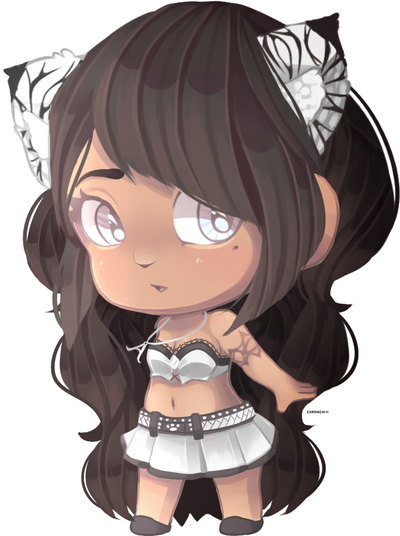 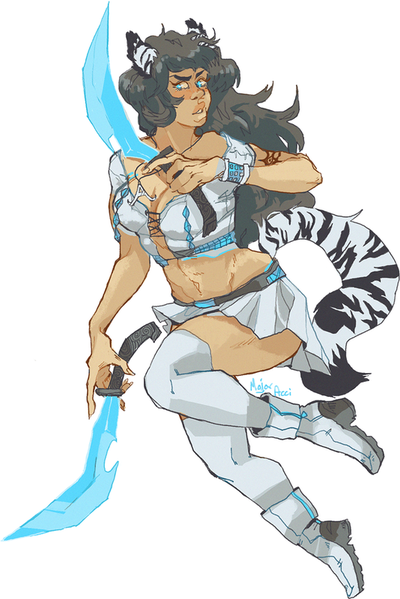 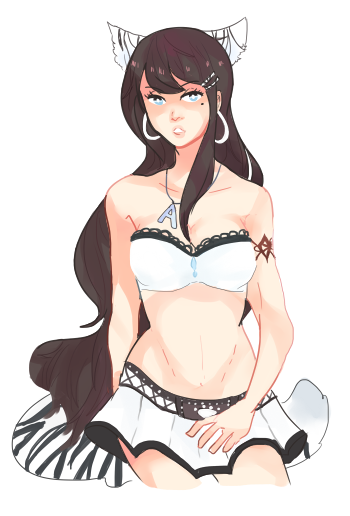 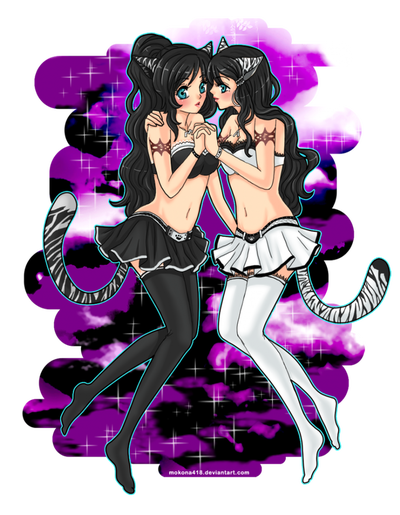 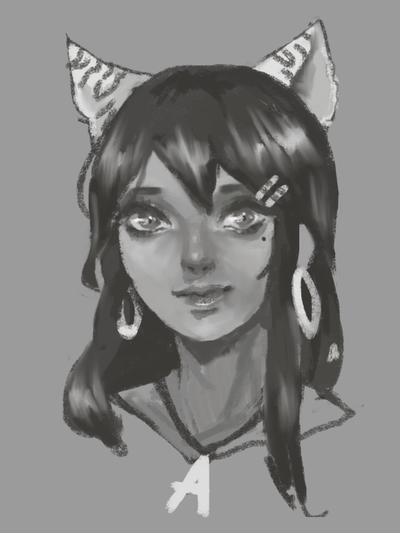 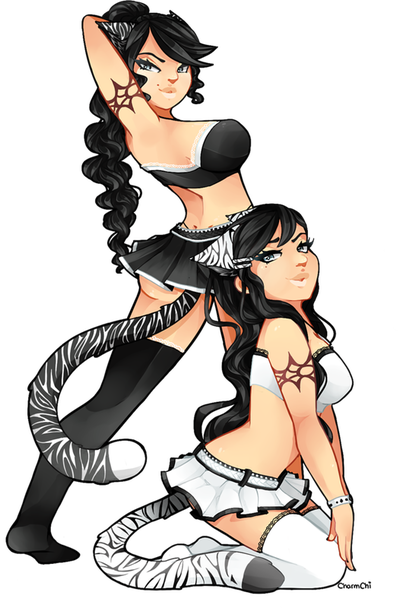 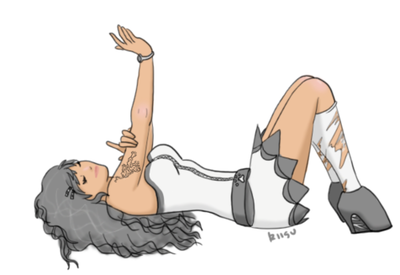 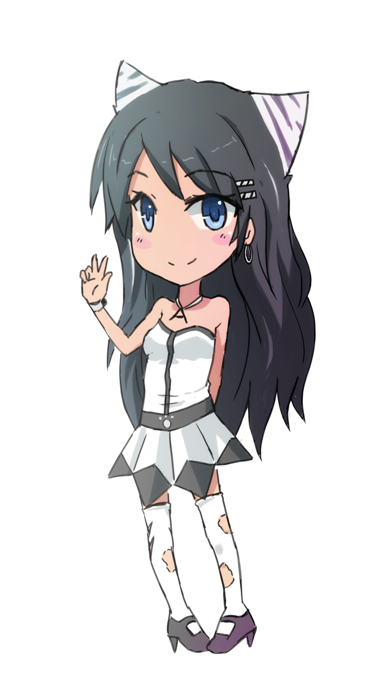 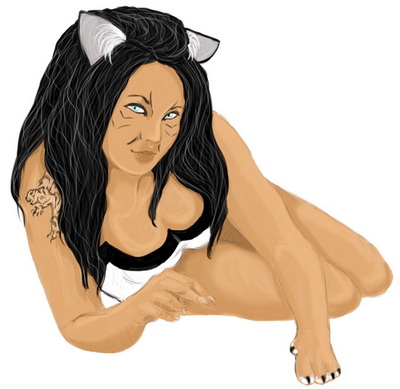 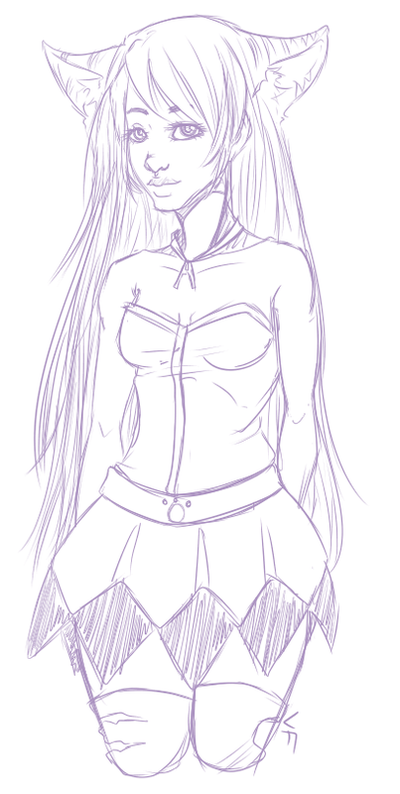 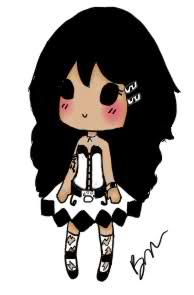 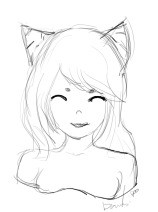 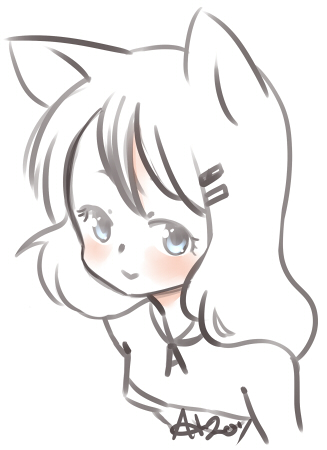 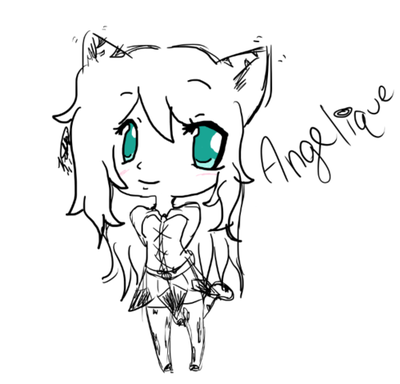 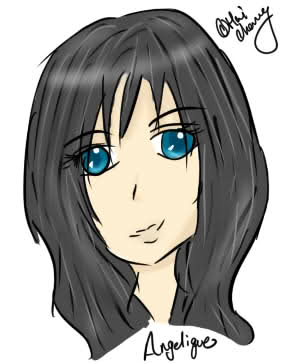 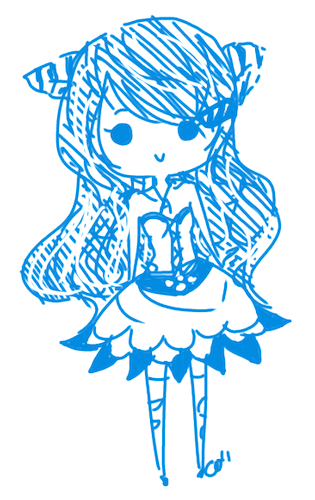 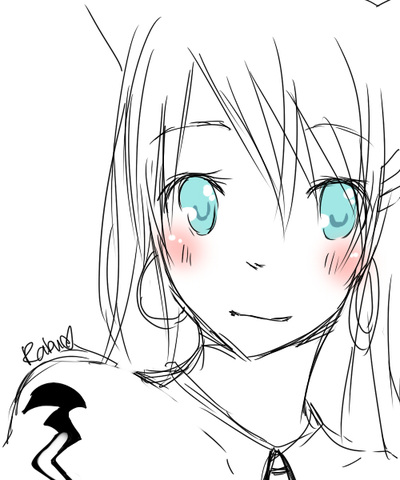 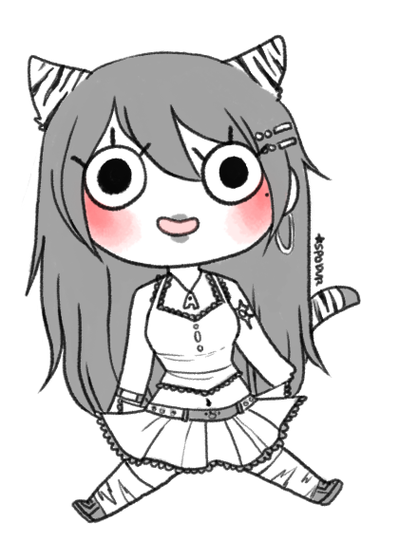